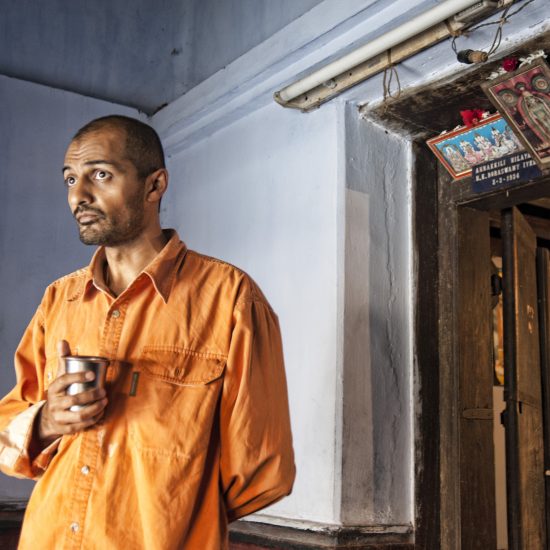 Nayan Sthankiya is an award winning East Indian multimedia journalist raised in Canada with over 15 years of experience in the media industry, moving between Canada and Asia covering human rights, disasters, breaking news, politics, cultural and environmental stories on assignment as well as self generated editorials. Born in Uganda, Africa to East Indian parents, forced to flee during a brutal military dictatorship, he learned first hand at a very young age the importance of communication, the image and compelling truthful reporting in it's role as a witness, its ability to foster dialogue and in that dialogue, educate and effect positive change.

He studied multimedia arts at the Alberta College of Art and Design in Calgary, Alberta, Canada and credits that formal art education in honing his particular style of photography. He slowly gravitated away from fine arts to photography after spending a year lobbying the Chinese government for the release of a wrongly imprisoned South Korean photojournalist, Seok Jae-hyun, arrested while documenting North Korean refugee's in China. This work saw Seok released a year ahead of his 2 year sentence. Nayan, again saw first hand the power of communicationÂ and the image to educate, inspire and bring about change.

He was asked to undertake disaster missions with the Korean Medical Association to Aceh, Indonesia and Abbottabad, Pakistan, receiving a commendation for his work from both the Korean Medical Association and the Indonesian Medical Association. He also embarked on a 10 day trip across North Korea documenting the Korean Friendship Association. He was Chief video editor producing, shooting and editing, with a team of 10 people, situational ESL videos, shot through-out Daegu, South Korea for the classroom, again giving him first hand appreciation for the ability of images and compelling story telling to educate and foster dialogue. Most recently he was invited to India to teach various aspects of photography, photojournalism and multimedia in the hill station town of Ooty in the mountains of Tamil Nadu.

He was awarded story of the decade honours by Asian Geographic for a feature on cock fighting in India and has been recognized by numerous other international awards competitions. His skill set encompasses visual story telling, photography, video, editing, multimedia, writing, print and web design, teaching and social media.

Nayan is fluent in English with a working knowledge of Korean, Hindi, Gujarati and French. He is highly skilled in visual story telling, multimedia, video, photography, writing, editing, design and social media.