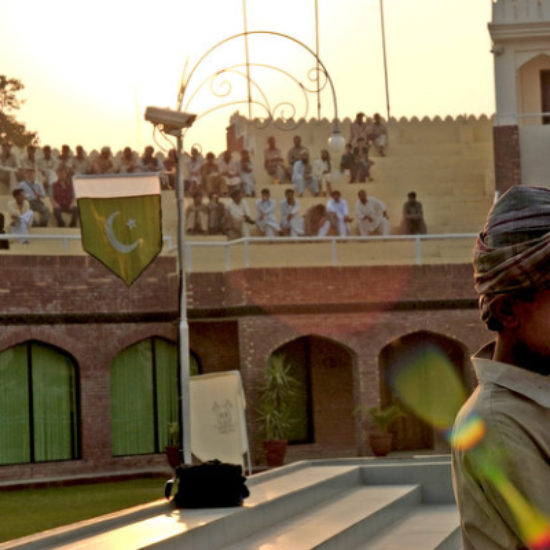 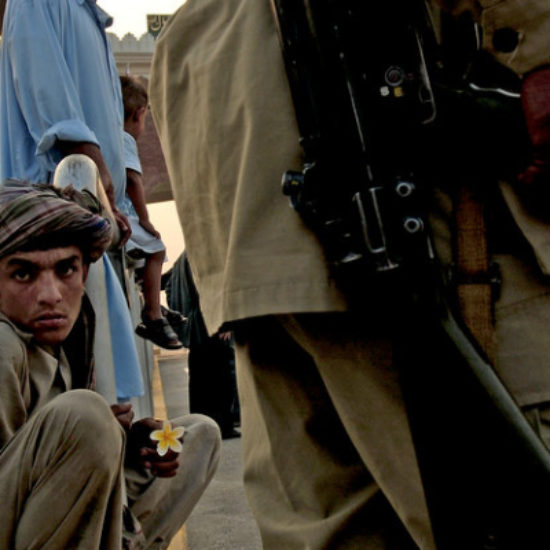 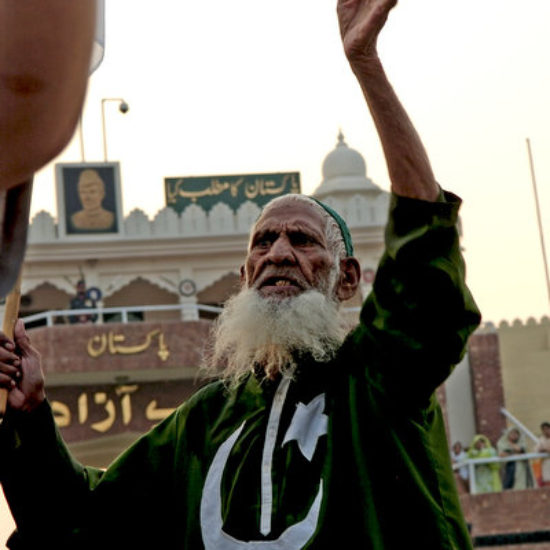 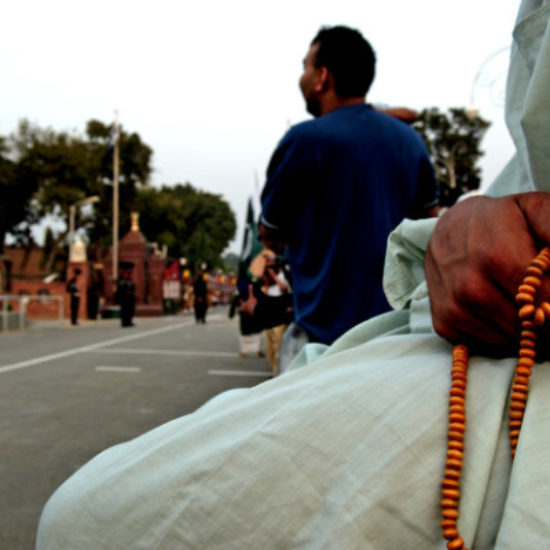 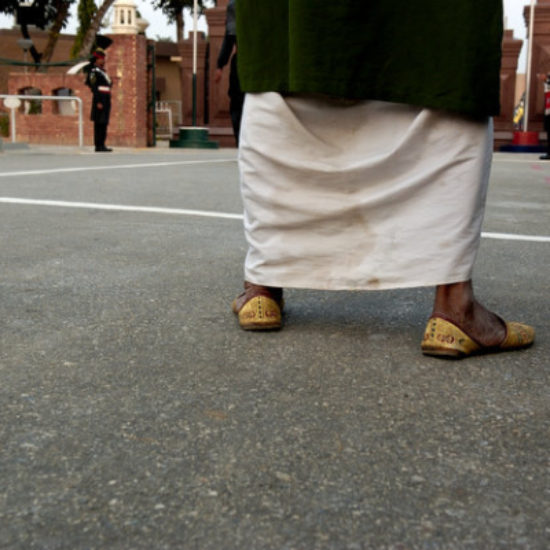 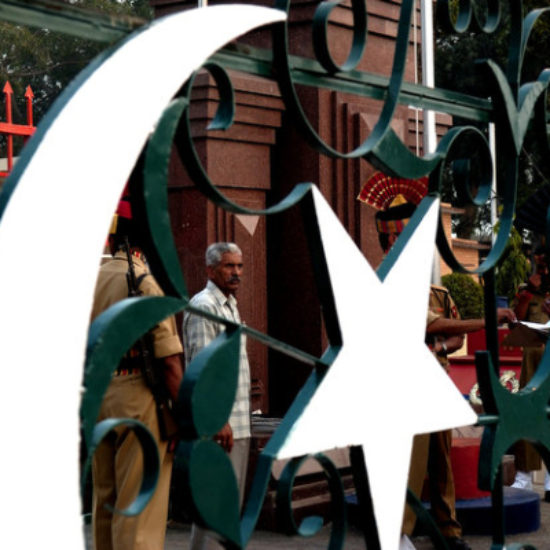 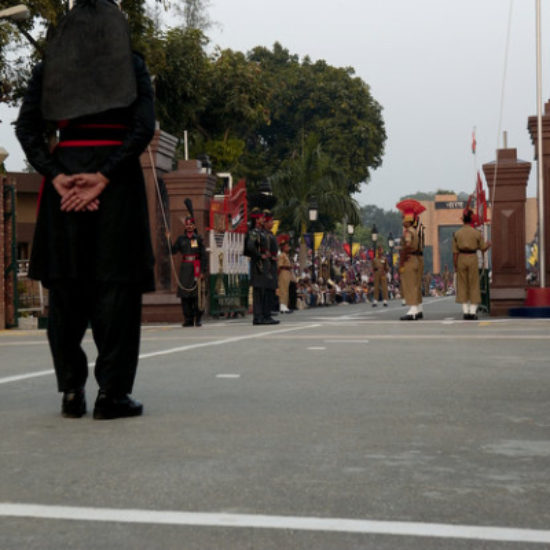 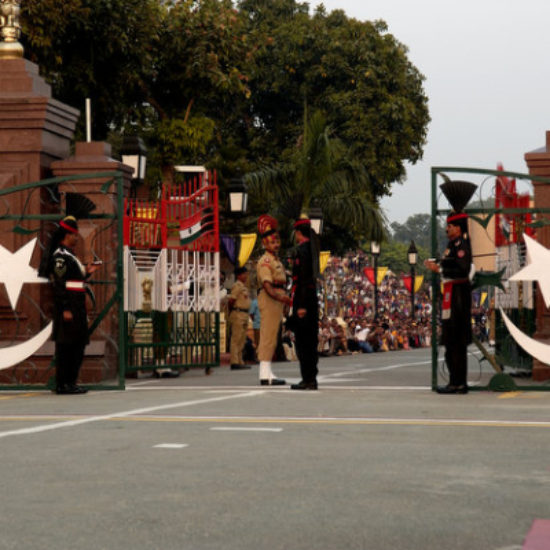 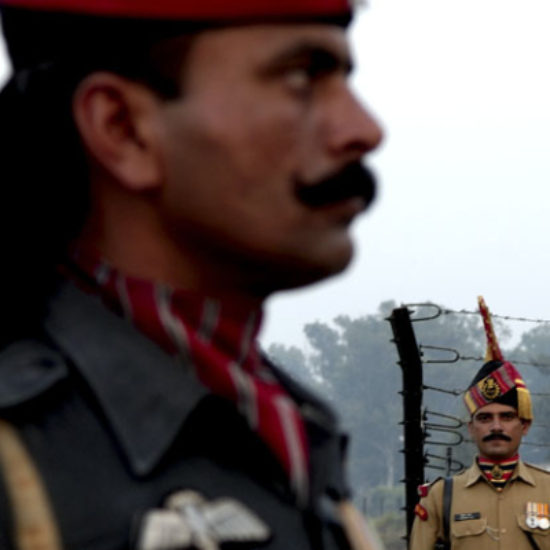 If you're planning on actually crossing the border, you should aim to get there as early as possible. As of 2009, the border is open every day from 8:30 AM to 2:30 PM. Border formalities can take anywhere from 30 minutes to over two hours, and you will need to arrange a visa before you arrive.

Regular buses or taxis are not allowed into the no-man's land between the countries, so unless you're on one of the few deluxe international buses, you'll have to walk across the 500m between the border posts yourself. Porters -- blue coats for the Indians, green coats for the Pakistanis -- can carry your belongings for a few dollars.

There is daily flag raising and lowering ceremony at Wagah Border, done with fascinating pomp and ceremony that involves lots of tall soldiers in massive turbans goose-stepping about and slamming gates. Both the Indian and Pakistani border forces do this and it has become a tradition for people from both sides gather and see this. Both sides synchronize their parade and the entire event is meant to create a feel-good/patriotic fervour amongst the crowd. It is called the beating retreat ceremony.

As of Jan 2009, the flag lowering ceremony which happens around 4:15 PM everyday has become the main event for tourists. In addition, there is now a short cultural program also done by local folk dancers (Bhangra) for the waiting crowd before the flag lowering. Please take note that a peak crowd of up to 2000+ people can assemble on the Indian side on weekends/long weekends/public holidays. The crowd consists of both tourists & locals. The noise and atmosphere of the assembled crowds on both sides of the border is similar to that of a sporting match and very entertaining.

The border gates have a visitor gallery on each side, basically concrete steps created around the border main road. This allows most people in the crowd to get a seat but it is not uncommon to see up to 500-1000 people standing at the periphery. There are metal fences to help direct and control the crowds in and out of the seating areas.

Ideally, one should reach the border gates by 3:30 PM to get some seating if you're going on a rush day.